Bleeding Gums When Brushing: Should I Be Worried?

Bleeding gums can be a sign of poor dental health. Here, our Toronto dentists at Brookfield Place Dental explain how to prevent and treat this symptom.

What are bleeding gums?

If you’ve ever looked in the mirror after brushing your teeth and noticed your gums were bleeding or inflamed, you’re not alone. Although many Canadians will spot this symptom this year, it’s not a normal consequence of brushing - and you should take action as soon as possible.

While occasionally bleeding gums can be the result of wearing dentures that fit too tightly or brushing your teeth too aggressively, more frequent gum bleeding can also be a sign of more serious conditions or dental care issues, such as gum disease.

When you don’t brush and floss correctly, plaque builds up on the gum line and can harden into tartar. Gingivitis - the first stage of gum disease - can cause your gums to become puffy and sore, and eventually bleed.

The second, more serious stage of gum disease is periodontitis, which is an infection of the tissues and bones that connect your teeth and gums, and can eventually cause bone and tooth loss. 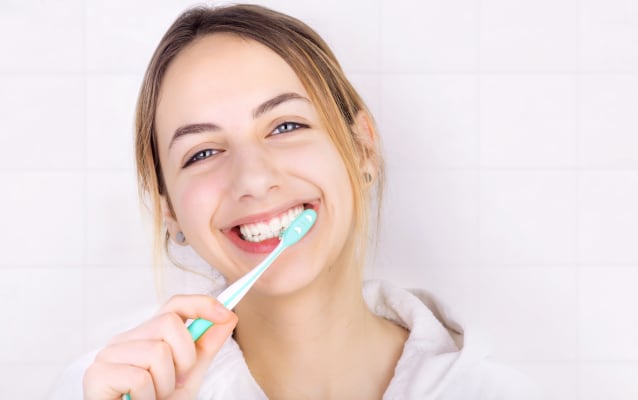 What should I do if my gums bleed when I’m brushing my teeth?

Though you should visit your dentist at the first sign of bleeding gums so your periodontal health can be evaluated, you can take some measures at home to prevent and treat bleeding gums, including:

Your dentist is a critical ally in the daily battle against gum disease and other oral health issues, so regular professional cleanings are important. He or she can also provide tips on proper oral hygiene, brushing and flossing techniques to reach the more challenging spots in your mouth.

Depending on the cause of your bleeding gums, your dentist may take new dental impressions to ensure you have correctly fitting dentures or prescribe a vigorous dental care routine that can put you back on the track to good gum health.

To learn more about how to maintain good dental health or to schedule an exam and cleaning, contact our Toronto dentists today.

Shaping the Smiles of Tomorrow

Since 2001, Toothworks Dental Clinics have been providing patients of all ages with personalized dental care and a welcoming experience at locations across Ontario.